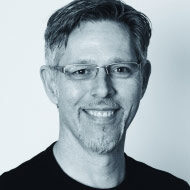 Almost from birth, the artist was influenced by nature and the beauty of all thing natural. Childhood summers were spent making trips to the divergent borders of North Carolina: the coast where his family originated and to the mountains that harkened to his Scottish ancestry. In all his environs he found fascination in the lines, colors, textures, shadows and intricate complexities of natural things. The rhythmic contours of a conch shell he plucked from the edge of a tidal wash; the diffusion of light through a quartz crystal dug from the mountain earth; the symmetrical venation in the fan of a gingko leaf fallen from a tree in his yard.

As the artist grew he began to study nature through the eyes of a scientist, earning a bachelor degree of Arts in Biology from Furman University in 1981. But a clinical approach, while providing depth to his understanding of nature could not satisfy the desire in him to interpret the world around him as it filtered through his senses and psyche. So he sought the tools to express his experience and earned a bachelor of arts from Memphis College of Art in 1985.

While nature has been a predominant influence on the subject of art, the impetus for the artist’s expression has been far more personal and comes largely from the people closest to him. A beloved grandmother, herself a painter of somber landscapes and delicate botanicals, instilled in him a love for the process of art and encouraged him as a child to find his own artistic voice. Her death shortly after his graduation from college inspired him to honor her through developing legacy to him — his artistic talent.